Meningoencephaltis of unknown origin (MUO) refers to inflammation of the brain and its covering called the meninges (meningoencephalitis).

In dogs it is normally an ‘immune-mediated’ or ‘auto-immune’ condition; an immune disease is a condition in which your immune system mistakenly attacks certain parts of your body. The immune system is the body’s defence against infectious organisms such as bacteria or viruses and other invaders. Auto-immune diseases occur when the immune system attacks and destroys the organs and tissue of its own host. Infections of the brain are relatively uncommon in the UK, partly due to vaccinations.

There are many different types of immune-mediated condition in animals. Normally, the immune system targets a protein it comes into contact with in the environment (in something it touches, eats or breathes in; or something it gets minor infections from with bacteria/viruses/parasites) that matches a protein in the body, causing an inflammatory reaction.

We are not normally able to establish why an animal develops an immune-mediated brain disease. It is most common in small (terrier) breed dogs, more often females, which are young to middle aged. So, a genetic risk factor is suspected. However, animals of any age, sex and breed can be affected. Therefore, a complex interaction of genetics, and the animal’s environment, probably contribute to developing the condition. Other rare noninfectious causes include pre-cancerous changes (inflammation that will turn into cancer with time) and para-cancerous disease (cancer elsewhere in the body causing a reaction in the brain).

What are the clinical signs (symptoms) of MUO?

The signs caused by MUO are very varied and depend on which area of the brain is inflamed. Some animals will suffer fits (seizures). Some animals will show blindness, disorientation and wobbliness, loss of balance, weakness, change of personality and behaviour, weakness of the jaw, difficulty swallowing amongst others. Some animals can have combinations of these signs. The signs can be sudden and severe in onset, or slow and insidious in their progression.

How is MUO diagnosed?

As previously mentioned, a biopsy of the brain is a very invasive and potentially risky procedure, so we do not normally recommend this in dogs. Several diagnostic tests can be performed to build a portfolio of evidence to support the diagnosis.

Very often a veterinary neurologist will recommend imaging the part of the CNS affected, using magnetic resonance imaging (MRI). Typically with inflammatory brain disease the MRI shows abnormal patches of ill-defined increased fluid/cellularity. Rarely the MRI can be normal. Subsequently, collection of some cerebrospinal fluid (CSF) helps aid diagnosis. CSF is produced in the brain to nourish itself and remove waste; with MUO we expect inflammation to spill into this fluid to be detected under a microscope. Again, we may be unlucky and the CSF rarely can be normal. So, using both MRI and CSF analysis combined increases the likelihood of a presumptive diagnosis. We may then advise ruling out common causes of CNS infections.

As the changes seen on MRI and CSF can be relatively non-specific (certain types of cancer that spread throughout the body can look the same) the veterinary neurologist may recommend, in some dogs, ruling out cancer elsewhere in the body (particularly in the spleen and liver) as these organs are more easily biopsied.

If the MRI, CSF analysis and ancillary testing (blood tests, abdominal imaging) support inflammation with no other concerns, a diagnosis of MUO can be made.

Can MUO be treated?

The mainstay of treating MUA is suppression of the immune system with drugs, particularly high doses of corticosteroids like prednisolone. The administration of high doses of steroids by injection or orally very often results in significant improvement or resolution of the clinical signs. The dose is then reduced slowly over the course of several months. Unfortunately side effects are often seen with steroid use. Common dose-dependent side effects of steroids include increased thirst and hunger (consequently urination and weight gain), lethargy, panting, and increased risk of infections (respiratory, urinary etc).

Occasionally, additional medications are required, either to aid suppression of the immune system, or to allow us to reduce the steroid dose without fear of relapse. Most of these second-line drugs are technically ‘chemotherapy’ drugs – but it should be noted that we use them at relatively low and safe levels and side effects are rare. We commonly use cytosine arabinoside (cytarabine) as an injection, when patients are hospitalised. Other medications like cyclosporine, azathioprine, leflunomide and mycophenolate can be used orally. Each treatment needs to be tailored to the individual animal and his/her needs.

Can MUO be cured?

The prognosis for MUO is highly variable and often very difficult to predict at the time of diagnosis. Normally, a good initial response to treatment indicates a good prognosis. It is possible for animals to enter full or partial remission from the disease and maintain a normal or very good quality of life for many months or years.

Sometimes treatment can be withdrawn with time but more often treatment will need to be continued at low doses for a long time and possibly for life – there is no way of knowing which scenario will be the case for an individual patient at the onset of treatment.

Occasional visits to your vet may be required during the course of treatment. Your vet may suggest blood tests every few months to assess the function of organs that may be affected by treatment. How often this is required will be dependent on the individual’s response to treatment. Repeat MRI and/or CSF may also be recommended to monitor the disease and fine tune the treatment to the animal’s need. 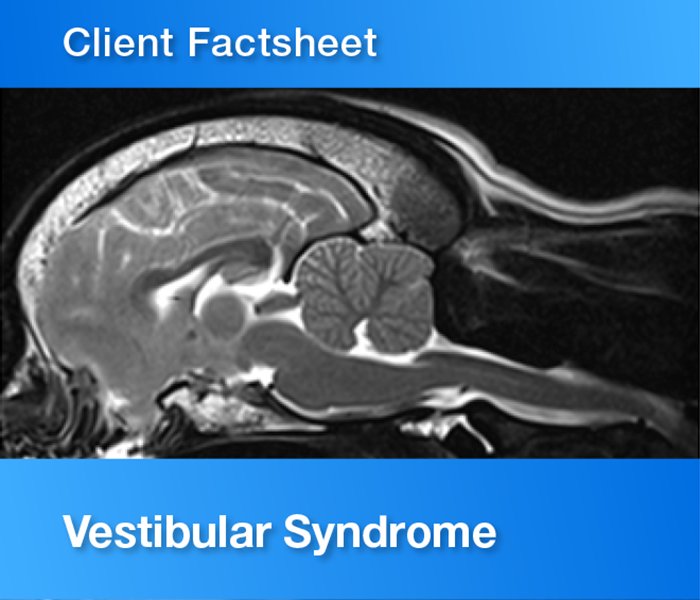